Drive Sober or Get Pulled Over

Elm Grove Police Department will crackdown on drunken motorists during the 2014 ‘Drive Sober or Get Pulled Over’ national campaign.

Elm Grove officers will be out in force along with hundreds of other law enforcement agencies throughout Wisconsin and the rest of the nation for the 'Drive Sober or Get Pulled Over' crackdown on drunken drivers from August 15th through September 1st.

Drunken driving is entirely preventable. You can designate a sober driver or find an alternative way home. But, if you make the irresponsible choice to drive while impaired, our officers will be on the lookout, and we will arrest you. The devastating consequences of a drunken driving arrest include major embarrassment, expensive penalties, mandatory installation of an ignition interlock device, and possibly jail time. Driving drunk will be a decision you’ll regret the rest of your life, if you are lucky enough to live. 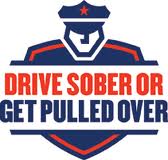 To help prevent drunken driving, the Zero In Wisconsin traffic safety initiative has a free “Drive Sober” mobile app, which includes features like “Find a Ride,” blood alcohol estimator and designated driver selector to help you get home safely and achieve zero preventable deaths on Wisconsin roadways. The Drive Sober app can be downloaded by visiting the Zero in Wisconsin website.