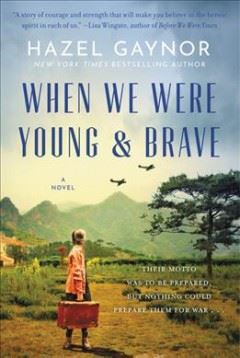 When We Were Young & Brave: a novel by Hazel Gaynor

The author writes, "What I've learned in researching and writing historical novels in the past eight years is that hope and kindness are always present during times of uncertainty and hardship, and that incredible stories of bravery and selflessness sit alongside those of pain and loss." Her latest novel, When We Were Young & Brave is one of those stories. Set in Chefoo, China in 1941. Elspeth Kent has been teaching at the British Chefoo School but is ready to return to England. Nancy Plummer, her 10-year-old student, misses her parents but enthusiastically participates in the Chefoo Girl Guides patrol that Elspeth leads. Elspeth's plans and everyone's sense of security get disrupted when the Japanese invade and occupy China, suddenly taking control of the school. Cut off from the outside world, the students and teachers look to each other to survive, enduring intimidation, deprivation and relocation. Inspired by true events, the author is able to capture the harsh realities of that time and place, but also the deep bonds formed between the individuals who endured together. I really liked the author's writing style and, being a former Girl Scout and leader myself, her descriptions of Girl Guide activities and mottos brought some of my own memories back. ~Nancy Arevalo~ 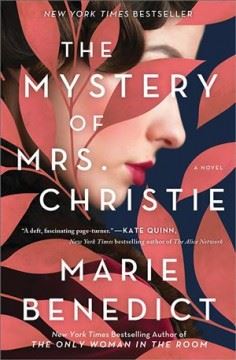 The Mystery of Mrs. Christie by Marie Benedict

In December 1926, novelist Agatha Christie, "the Mistress of Mystery," became the subject of her own real life mystery. For 11 days, she went missing from the home she shared with her husband and daughter. A full blown investigation ensued. When she finally resurfaced, she had no explanation for her unusual disappearance. Throughout her life, she remained tight lipped about the incident. In The Mystery of Mrs. Christie, author Marie Benedict takes this historically accurate story and fills in the gaps, presenting a believable case for what may have been the circumstances surrounding her mysterious disappearance. She does justice to her subject by crafting a suspenseful page-turner, not unlike an Agatha Christie novel. If you enjoy historical fiction, this is another winner by the author of The Only Woman in the Room and The Other Einstein. ~Mary Hartwig~ 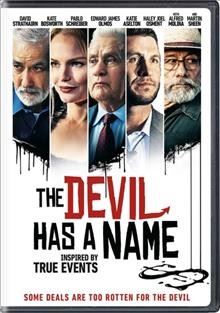 The Devil Has a Name (DVD)

This film, directed by and costarring Edward James Olmos, is a fictionalized account of a battle between a life-long farmer and the corrupt oil company that’s been knowingly poisoning his land. When Gigi Cutler (Kate Bosworth), the regional director for Shore Oil and Gas in California’s Central Valley, offers weary farmer Fred Stern $50,000 for his land, he initially considers the offer. Then his foreman and longtime friend Santiago (Olmos) shows him the diseased tree roots that have been poisoned by the wastewater created by Shore’s oil drilling and realizes that there’s much more at stake. He hires environmental lawyer Ralph Aegis (Martin Sheen) to take on Shore’s lack of responsibility in their business practices. Shore tries to keep one step ahead by digging up dirt on Stern, creating a new “environmentally friendly” public image, and playing on the conservative political leanings of the jury. This movie is a darkly excessive look at a serious environmental problem and the cost of doing business. ~Rachael Fealy-Layer~ 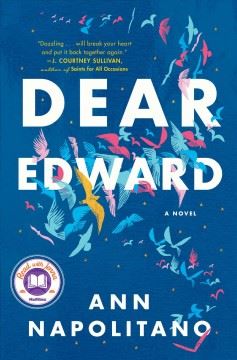 On a lovely summer morning Edward (12) and his beloved older brother and parents board a flight from Newark to LA with 183 other passengers. Halfway across the country, the plane crashes and Edward is the sole survivor. Gravely injured, his story captures the heart of the nation. When finally released from the hospital, he goes to live with his aunt and uncle. Coping with losing his family, he makes friends with a neighbor girl and starts the slow physical and mental healing process. The book alternates between Edward’s current life and stories of passengers on the plane facing their own crises. After nearly a year with his relatives, he makes a startling discovery, leading him to the answers of some the profound questions he has. When you have lost everything, how do you find the strength to put one foot in front of the other? How do you learn to feel safe again? How do you find meaning in your life? Slow beginning, but very moving story. ~Sharon Passick~ 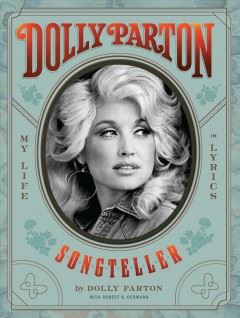 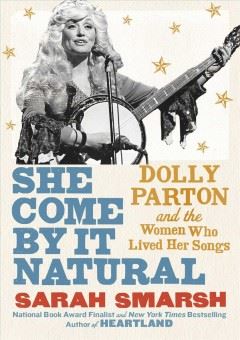 She Come By It Natural: Dolly Parton and the Women Who Lived Her Songs by Sarah Smarsh

I cannot think of a single public figure who brought more joy, common sense or comfort over the past year than Dolly Parton. From her sassy comebacks to inane interview questions to her million-dollar donation to Moderna, Inc. that fast-tracked the COVID-19 vaccine, Dolly continues to win new fans and admirers of all ages and backgrounds throughout her astounding 60+ years in music and show business.

She Come By It Natural truly captures the times in which Dolly first made her mark and how it relates to the role of women and feminist issues from the very beginning of her career through her songs. I was amazed at the philanthropic works of the Dollywood Foundation (named after her amusement park/resort, which provides living wages to numerous families in her home state) and the literacy program Dolly Parton’s Imagination Library which provides nearly a million free books per month to children across the US and the UK.

But Dolly sees herself first and foremost as a songwriter, and in Songteller she tells her life story through her songs, with vintage photos, full lyrics and the background of each composition and her life at the time it was written. A gorgeous, substantial tabletop volume, it is as hard to put down as any good novel – and guaranteed to bring some perspective and cheer to your day. ~Shannon McKeown~ 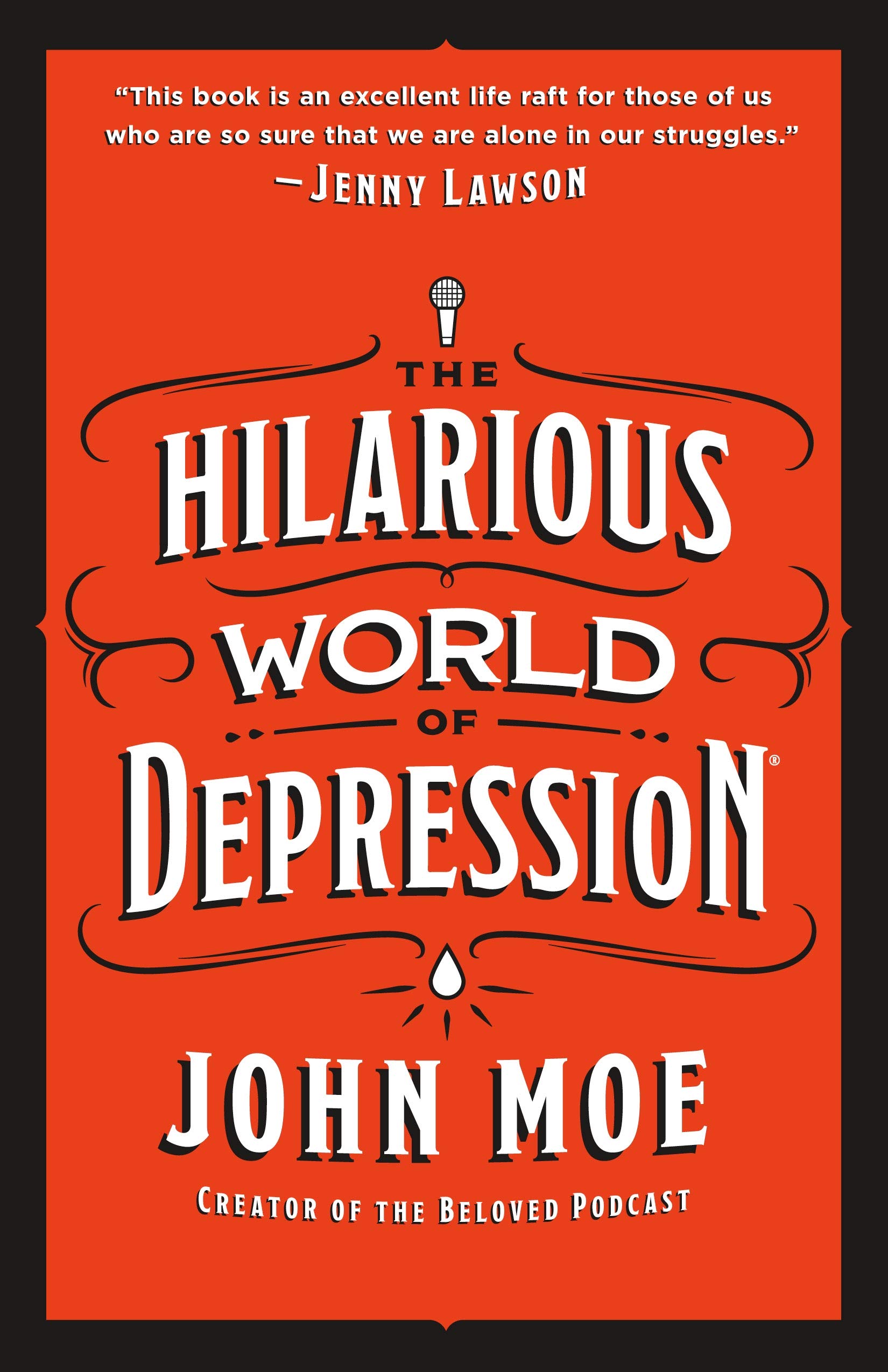 The Hilarious World of Depression by John Moe (Playaway)

Named after Moe’s podcast of the same name, this book is part memoir and part mental health education. Told in the wry voice that made him popular on NPR, Moe describes his upbringing as the child of an alcoholic father and an emotionally repressed mother and how that led him to refuse to treat his depression for many years of his life. When a plea from his wife finally pushes him to seek treatment, Moe begins his journey to find a therapist he likes (he likens it to dating) and to get right with his mental health. Part of his effort includes learning what exactly depression is, what causes it, what the symptoms are (and why they are so hard to understand), and why so many people refuse to acknowledge that they are affected by it. Bit by bit, Moe begins to make sense of the things in his past that are contributing to his depression and he finds that the more he opens up about his depression to others, the more they begin to open up about their own experiences with mental health issues. The Hilarious World of Depression is a funny and powerful look at how sharing stories can help people with mental health issues feel like they aren’t alone in their experiences. ~Rachael Fealy-Layer~ 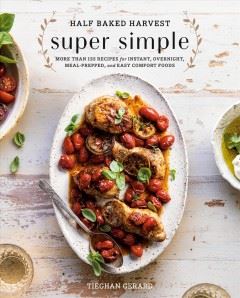 A universal truth rarely acknowledged…cookbooks are a dime a dozen. Yes, the variety is immense: cookbooks for myriad cuisines, regions, diets, and appliances. But there are too many. To wade through them is to tread quicksand. So take my word, this is a good one. The recipes employ a wonderful diversity of ingredients and methods, and having prepared many of them, the presentation is clear and the results flavorful. Check it out if you don’t believe me. ~Noah Weckwerth~ 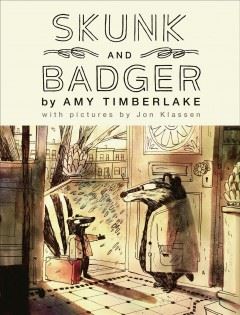 Skunk and Badger by Amy Timberlake with pictures by Jon Klassen.

A rock-loving badger and a story-telling skunk become roommates when Badger’s Aunt Lula loans both of them the use of her vacant brownstone. Skunk shows up at the door in need of a new home because as he puts it “Not everyone wants a skunk!” Badger tries to send him away until he realizes that he is as much a guest there as Skunk. Besides, Skunk is a good cook and a good storyteller. The story gets a bit more adventurous when Skunk invites a houseful of chickens to visit and then a stoat shows up, putting the chickens in danger. Skunk comes to the rescue in the way skunks do and Badger’s resentment boils over causing a deeply-offended Skunk and his chicken friends to depart, and leaving Badger to realize that he treated Skunk badly and he must make amends. There are some silly moments and some poignant moments, reminiscent of older animal buddy stories like The Wind in the Willows or Frog and Toad. Skunk and Badger is a good read aloud or it could be used as a discussion starter for appreciating differences or working through compromise. Timberlake is originally from Wisconsin and this is the first book in a new series. Recommended for grades 2-4. ~Sue Daniels~